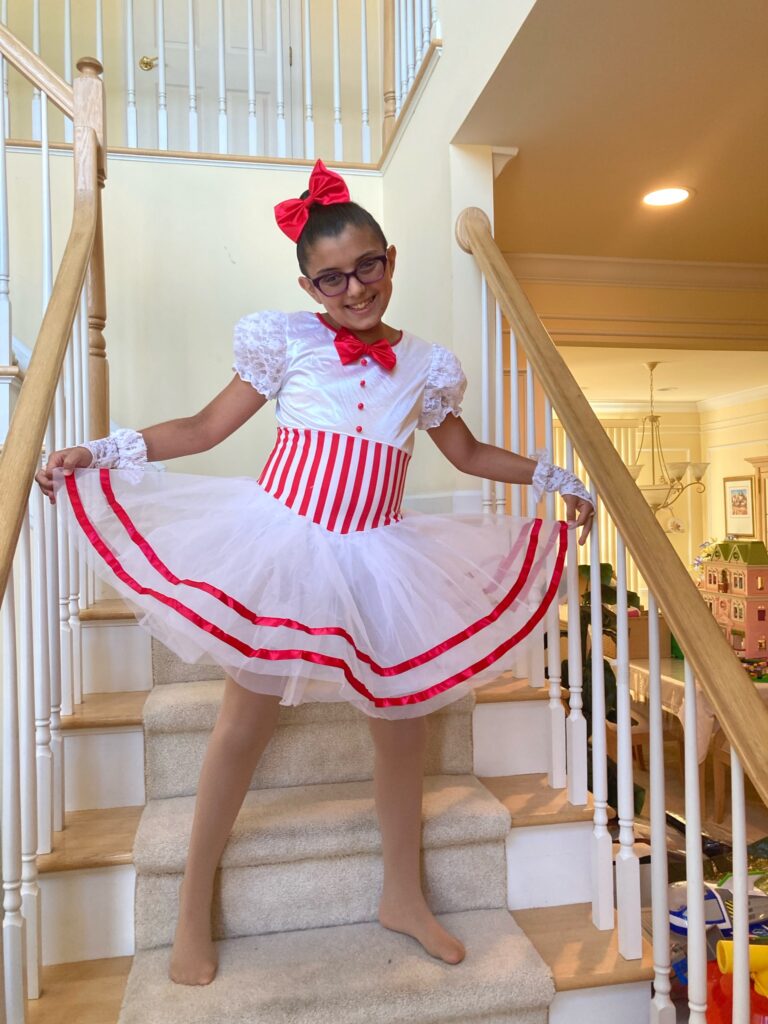 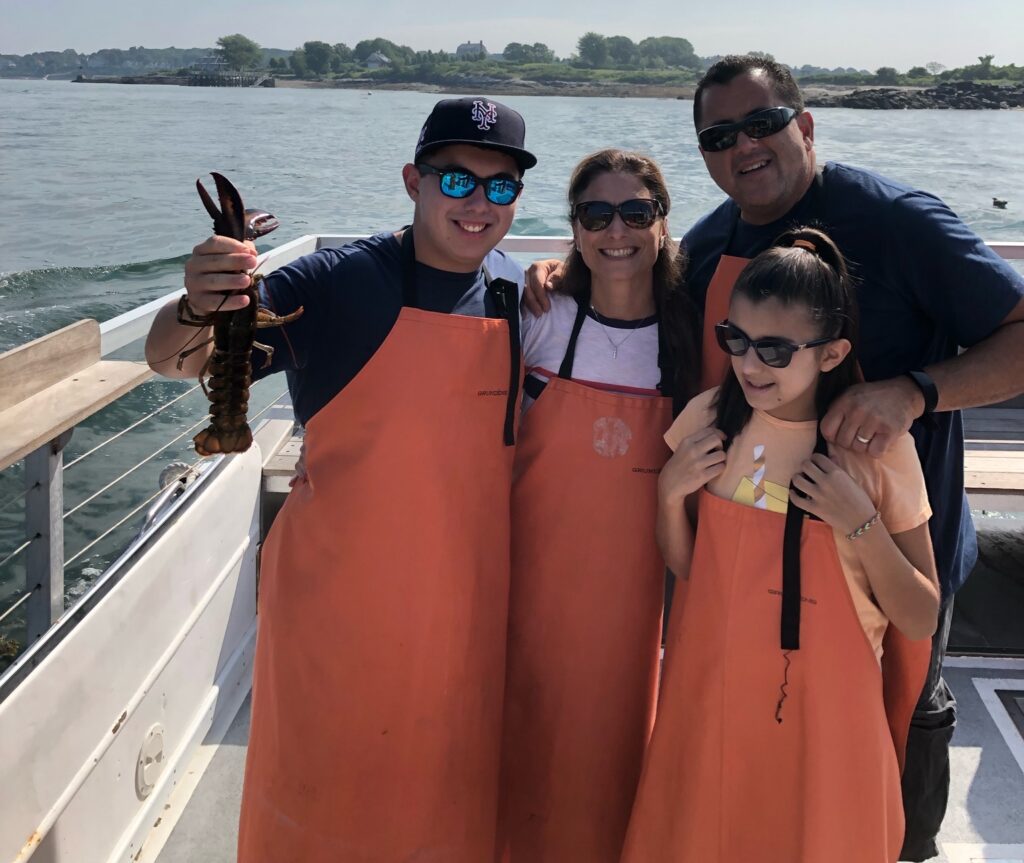 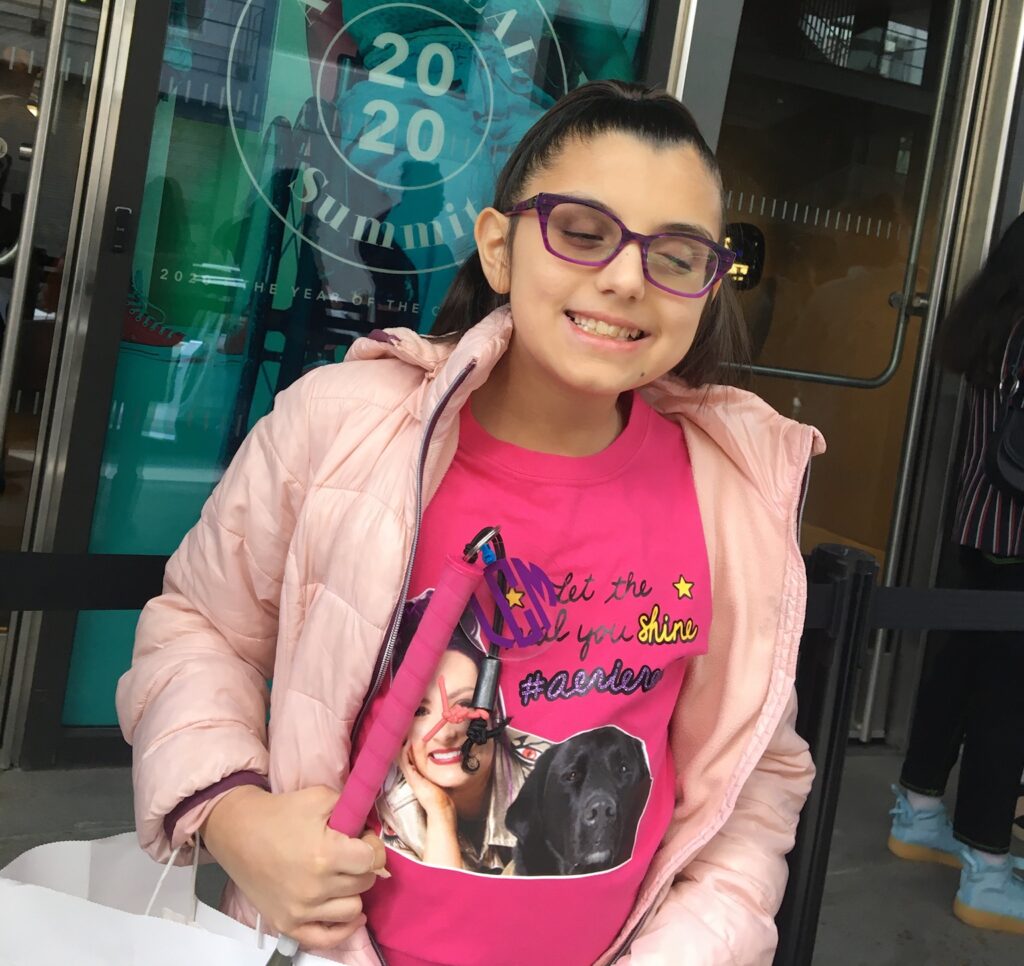 At birth on April 9, 2009, I looked into Lauren’s eyes and knew something wasn’t right.  Her eyes seemed remarkably dark. I just couldn’t figure out what this nagging feeling was that I felt. Looking back on it now, I guess it was a mothers intuition. For six weeks we thought we had a colic baby, until one day on May 27th, it all became clear. I put Lauren down for a nap and when she awoke her left eye was as blue, as the bright blue sky. I was speechless, breathless, thinking, what is going on?! This is where our journey began.  I rushed to our pediatrician who was equally as shocked.  He sent us to a pediatric ophthalmologist in Staten Island that advised me he couldn’t help me.  He referred me to a doctor at Manhattan Eye and Ear, and that doctor told us our baby was very sick and that he couldn’t help us, but referred us to a doctor in Boston that he felt would be our best option.  We immediately went to the doctor in Boston who gave me advice that has stayed with me ever since.  He said to me, “take care of your daughter and we will take care of her eyes’ ‘.  He held my arm and made me believe we were going to get through this journey together. At the time I was bewildered by his words because they had no depth to me at that moment. Years later as she grew I began to understand.

On our trip to Boston we found that there was a doctor in New York City at New York Columbia Presbyterian Hospital that mentored under the doctor in Boston. The doctor in Boston worked with this doctor quite often and felt that he was more than capable of taking care of Lauren’s case. The doctor in Boston continues to stay in the loop of her progress and we have gone to see him from time to time. The doctor we have here in New York City has been dedicated to taking care of Lauren.  He has even gone beyond measures at times to be available to monitor her eye pressure, including meeting us at a rest stop on the NY Thruway, operating on Fourth of July, Halloween, etc.   We are so grateful to have him right here in our own city.  Some people are not so fortunate, we have heard stories of family relocation, or just the singular separation of a family member and child to live somewhere near a doctor and commute back to see their families.

Lauren lacks the iris part of her eyes and has underdeveloped retinas; these are traits we later confirmed through genetic testing to be diagnosed as Aniridia. She secondarily also developed Congenital Glaucoma as a newborn.  Two very rare eye diseases for a newborn to be diagnosed with, (1/100,000+). Due to this, her vision is significantly impaired to the point of being diagnosed as legally blind.

Laurens Heroes exists because there is a hero in all of you! It really does take an army!  So many people were there supporting us when we first began our journey and are still here beside us. We had to do a lot of research trying to find the right opportunities for Lauren.  Vision impairment and blindness is not a widely talked about topic.

It was difficult and a struggle at first for us to understand the new world we were all about to be a part of now.  It all began with the simplest tasks of rolling over, crawling and walking. Everything I knew from teaching my sighted child I now had to relearn and teach it differently to Lauren. Some examples include getting early intervention, connecting with the NYS Commission for the Blind, deciding public school vs. private school, and figuring out will Lauren use braille vs. large print.

But these were just the tip of the decisions that would need to be made. We want to be here for others to support and educate so that their struggles don’t have to be the same struggles.